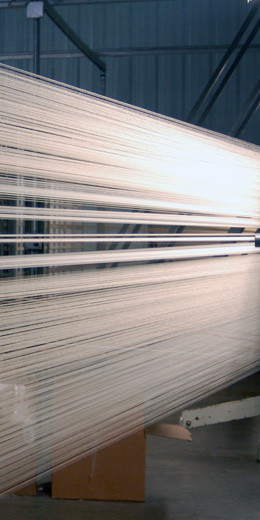 Material Technology & Logistics (MTL) was founded in 1988 by Michael Hillebrand as a customized weaver of specialty, value-added woven products serving the industrial fabrics market as well as select apparel and home furnishings industries. MTL was joined by two European textile industry partners in 1993 in a unique partnership which provided MTL the benefits of additional capital as well as longstanding upper market experience.

By 2000, contract and residential furnishing fabrics composed 90% of MTL’s market base. MTL’s success prompted the construction of a state of the art manufacturing facility in Jessup Pennsylvania, several miles outside of MTL’s original site in Scranton, Pennsylvania. This modern facility was designed with a positive material flow and an advanced humidification system. The modern building was only the beginning of MTL’s embrace of the twenty first century. A continued commitment to the latest technology was implemented inside as well – older looms were replaced with the latest weaving machinery, and an updated CAD system was employed to better equip MTL’s talented designers. Various warping and winding equipment were upgraded and added in order to better serve MTL’s customers with improved service and quality.  To this further end, MTL invested in highly flexible and efficient dyeing equipment even though MTL did not dye yarn. State of the art dye kettles were placed in a facility of a partner dyer.  MTL acted upon this extended course due to the pressing need for flexible, variable load small dye lots which were not a popular strategy of dyers at the time, but a mainstay to MTL’s custom color approach to the upper level markets.

Come 2005, plans were underway to further expand into the highly specialized wire loom weaving that was a longstanding signature of world luxury by Leclercq-Leroux, MTL’s longtime partner. This move opened the door for the first North American cut and loop weaving operation to begin at MTL in Jessup in 2007. MTL’s highly customized domestic weaving which emphasizes domestically made and dyed yarns offers the most discriminating North American customers the opportunity to buy the world’s finest fabrics locally. Buying locally promotes American industry and offers a significant value toward environmentally friendly business practices for both MTL and MTL’s customers alike.