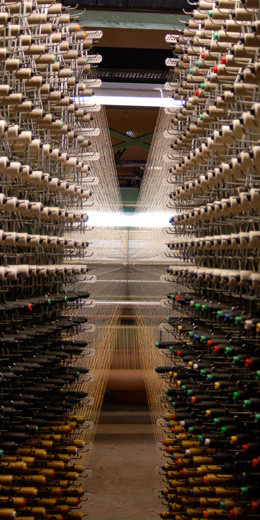 A Small Sample of MTL's Fabrics - An Array of Color, Design and Texture

MTL launched domestic velvet production in 2005 and so became a pioneer in the rich world of cut and loop velvet weaving, which had been import-only from overseas for more than half a century. The distinction of being the only North American jacquard wire loom weaver of cut and loop velvet qualities…a highly specialized craft weaving available sparingly around the world (with traditional expertise centered in northern France and Belgium) expands the MTL aura of weaving majesty.

MTL’s velvets represent world class quality in weaving excellence and MTL’s custom approach to design coupled with this bespoke vehicle is integral to the production of some of the world’s most exquisite velvet qualities…little wonder why velvet has been known as the “fabric of royalty”…and exclusively available from MTL.